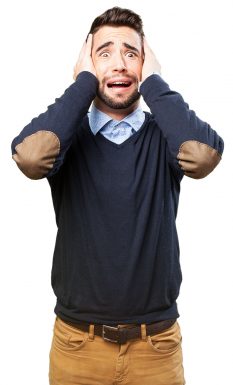 The most common causes of sewer and drain problems include:

Preventive measures can often be taken to reduce or eliminate stoppages. Listed here by problem area or
fixture affected are the typical problems and specific measures you can take to avoid, prevent, or solve them.

All drawings are used as examples only and are not intended to represent the uniform plumbing codes.

Grease in a Line

Most grease stoppages are due to a gradual build up of small amounts of grease over the years. A one-time overload stoppage is possible, but is rare.

CAUTION
Stoppages due to grease build up are more complex than they appear. The blockage may be at one or several points and there may be other points where the grease may soon cause a blockage.

Cable
A quick pass with a sewer cable may only make a small hole in the grease and the line may clog again soon. This along with 3in1 Total-C® Drain Line Conditioner keeps your pipes clean and smelling fresh.

Water Jetter
To properly clean a line, have your plumber use a high pressure water jetter, pipes are cleaner and stay cleaner longer than when we use a cable rodding machine. High pressure water jetting is not only cost-effective but makes the cleaning easier and faster with less mess. This along with 3in1 Total-C® Drain Line Conditioner keeps your pipes clean and smelling good.

Roots enter lines through microscopic holes at joints and fittings or at fractures. Within the line they tend to grow first on the top and sides of a line.

CAUTION
Hydro Jetting is the recommended immediate solution, otherwise the roots may merely be lifted up, irregularly torn, or partially trimmed, thus setting up a repeat of the same problem in the near future when they fall back sown or grow back quickly. A line should be cleaned for its entire length to assure other roots entering further down the line are prevented from causing a blockage in the near future.

Low spots, poor connections, or inadequate slope to a line are usually caused by improper installation. Typically, the conditions caused by these defects do not cause problems for many years. Once they do arise they require ever more frequent attention. Because the flow of water is slowed by these restrictions, heavy materials or grease settle and build up to cause sludge. This sludge traps foreign objects where they might otherwise have passed. Short of replacing the sections, only a few preventive measures may be effective-Hydro Jetting and the use of our 3in1 Total-C® Drain Line Conditioner as directed to prevent sludge build up.

Damage can be caused by nearby construction or as a result of excessive root growth, improper connections, or other installation defects. When this condition is verified it is normally advisable to replace the damaged portion of the line.